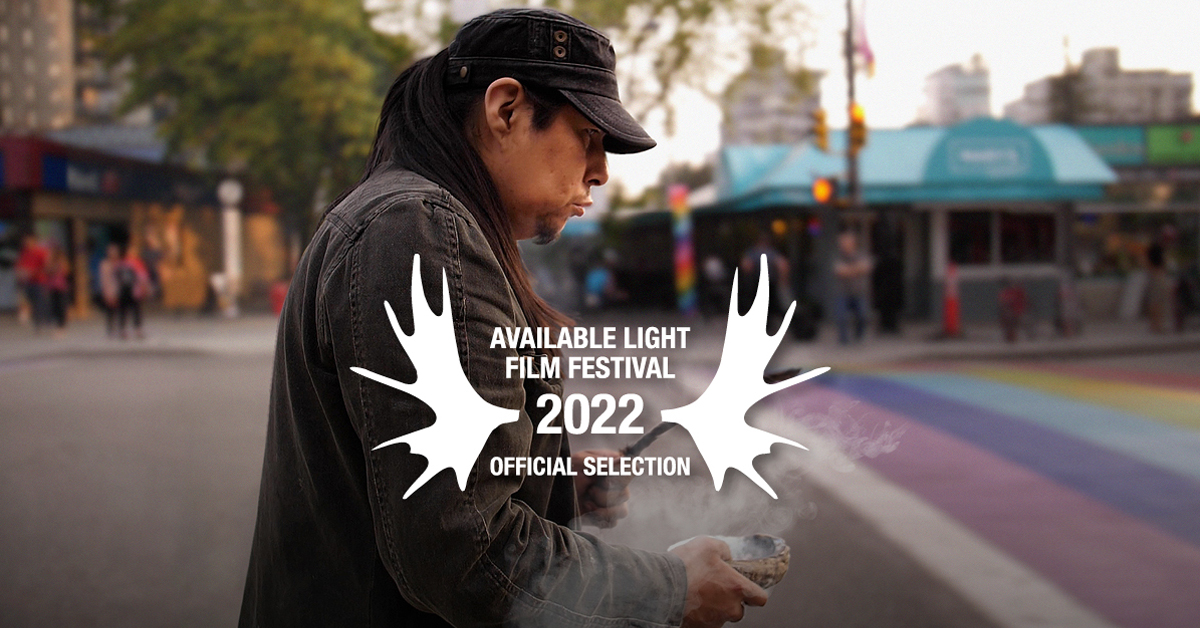 ALFF Online will include 30+ features, 50+ shorts, artist talks, and events over 18 whole days of cinematic experience.

ALFF 2022, the 20th anniversary Available Light, will be mostly online. There are some in person screenings so if you are in the ‘hood check out the IRL festival offerings! All films on ALFF Online will be available for viewers in Yukon and Northwest Territories. Most of the programming will also be available across Canada.

Martin is the kind of person our ancestors dreamed of. He is generous and wise and always growing — this film is a clear example of this; it is important and relevant and embodies Indigenous values. What a gift!

It is Martin’s goal to empower the lives and voices of 2 Spirit and Indigenous people affected by HIV and addictions while contributing to the visibility of these communities. Much of Martin’s work and activism is rooted in community and grassroots initiatives. Martin acknowledges that many Indigenous leaders and community members have guided and supported him in growing into the activist he is today. It is Martin’s goal to pay this knowledge and support forward to Indigenous communities and 2 Spirit people.

Some other exciting films we love are also playing at ALFF: check out Wildhood, the opening night film, Portraits from a Fire, and Kímmapiiyipitssini: The Meaning of Empathy.

In their first feature film, Bretten Hannam crafts a road movie in which both the journey and destination offer opportunities for self-discovery.

Stuck in a Nova Scotia trailer park and going nowhere fast, Link (Phillip Lewitski) is always on the run, fleeing local cops, dodging his abusive dad, and denying his Two-Spirit nature. When he discovers that, contrary to his dad’s claims, his Mi’kmaw mother may still be alive, he and his half-brother Travis (Avery Winters-Anthony) finally have purpose. On the road to Mi’kma’ki, they pick up Pasmay (Joshua Odjick), a gregarious drifter and pow wow dancer who represents Link’s best chance at locating his mom and finally experiencing a sense of acceptance. Winner: Best Atlantic Feature.

Portraits from a Fire

A beautifully layered debut “fillum” by Tsilhqot’in writer/director Trevor Mack. Portraits from a Fire is equal parts rez kid coming-of-age story and love letter to the healing power of story-telling.

Tyler, an eccentric, lonely teenager spends his days making low budget films. His father, Gord (Nathaniel Arcand), has remained emotionally absent throughout Tyler’s life. Visions of his late mother come to Tyler after he finds an old home video tape. When a mysterious, new friend (Asivak Koostachin) encourages Tyler to dig deeper than ever and showcase his most personal film yet, a reckoning unfolds, bridging past and future, life and death, and father and son. Winner, BC Emerging Talent Award, VIFF 2021; Winner, Best Canadian Feature, Edmonton International Film Festival 2021

Kímmapiiyipitssini: The Meaning of Empathy.

The urgent, astounding new film by Elle-Máijá Tailfeathers (also the lead actor in Night Raiders) creates a vital and intimate portrait of her community’s response to the opioid crisis.

Framed within the ongoing and historical impacts of settler colonialism, this film illuminates the beauty, strength, and core spirit of Kainai First Nation as they implement harm reduction and healing based on their traditional values. “Kímmapiiyipitssini means compassion…” says Tailfeathers. “In our way of believing, if you help people out then you are blessed to continue to do that, and so our People are supposed to give what they have or what they can to help.”

This is a must-see film for all Canadians, as it counters dominant perceptions of Indigenous communities and the crisis itself.

The Available Light Film Festival acknowledges that it is based on the traditional territory of the Ta’an Kwäch’än Council and the Kwanlin Dün First Nation and that we live, create and benefit within this territory. Shä̀w níthän. Kwä̀nä̀schis. Gunalchîsh. 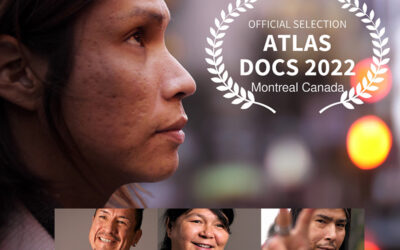 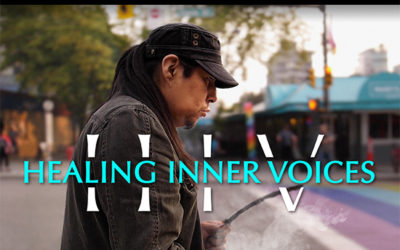 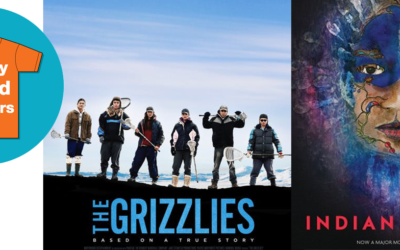 This Orange Shirt Day is different

In the past we've promoted Indian Horse and The Grizzlies to educators as films for discussion on Orange Shirt Day....